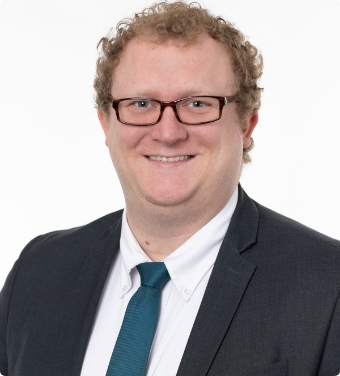 Bryan Walters was born in Fresno, California and was raised in a small farming community in the Central valley.

He moved to the Sacramento area to attend UC Davis where he earned a bachelor’s degree in Political Science while working as a volunteer staffer at the state capital. During his education, also worked as an intern at the Fifth District Court of Appeals, California Department of Justice, and the Tulare County District Attorney.

Bryan achieved his life-long dream of become a lawyer when he graduated from McGeorge School of Law in 2015. Since that time Bryan has been an attorney in the fast-paced world of personal injury litigation. He began practicing estate planning and probate in 2019 and has not looked back since. He has a passion for making his client’s lives easier and providing peace of mind. He joined Filippi Law in 2022 and specializes in estate planning, probate law, and trust administration.

Bryan lives in Carmichael with his wife Betsy, his daughter Lydia and their three dogs. He is also a musician and enjoys spending his free time playing his guitar and banjo.